Home > Institutional > News > CEO of Link, addresses the national economy recovering theme, and what role will technology play in this mission 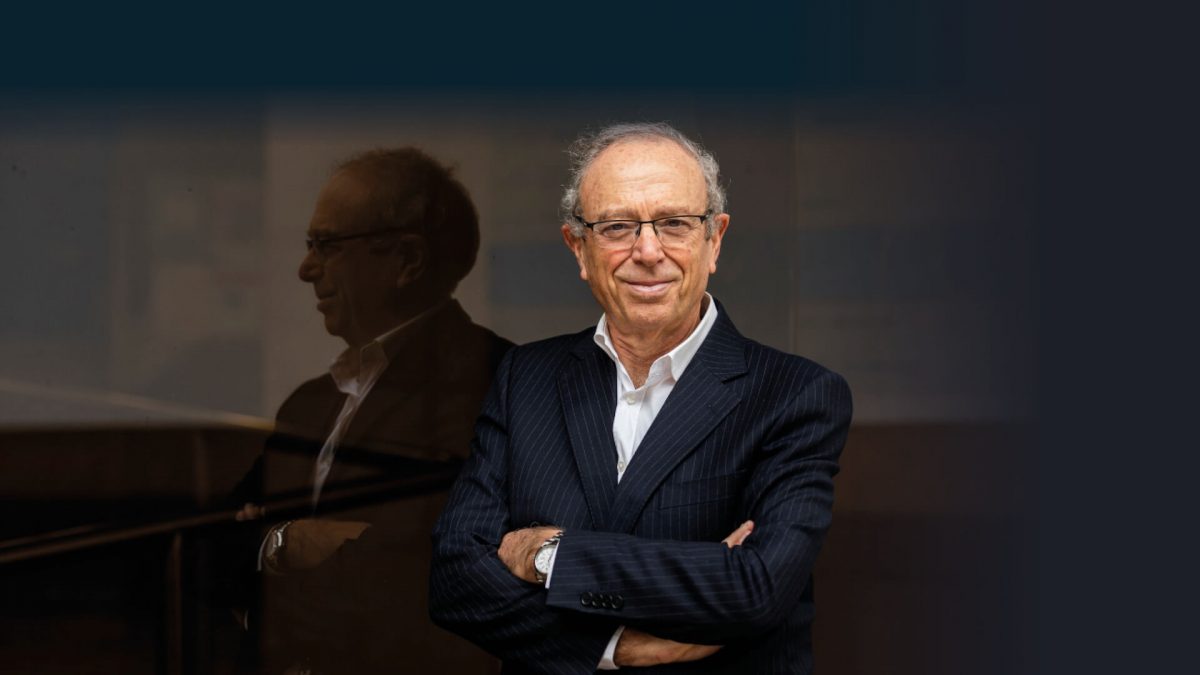 CEO of Link, addresses the national economy recovering theme, and what role will technology play in this mission

How would you describe the current situation of business information systems in Portugal, both in the public and private sectors, especially given the challenges faced last year?

The pandemic has obviously had all the negative effects that we know, but in certain areas development was accelerated by seven years; everyone had to, somehow, skip steps in many of the things they normally did.

I believe we have to distinguish between two different things: companies and the Government. On the side of the companies – considering the big companies – all of them were in some extent evolved on their information systems and also how their networks were managed, so they were able to make these leaps quite easily.

At a lower level, it is noticeable that many companies did not really value something that we now realize is critical in this environment. Companies cannot be dependent on whether their processes are restricted to a machine, or to an individual.

Is the scenario in the Government more homogeneous? What was the impact of this transformation in the public entities?

The Government has several entities working at very different speeds. When comparing the Tax Authority or the Social Security Institute with other public entities, there is a very significant difference. My perception, at least in some aspects, is that the issues raised by lockdown and its initial impact, were more deeply felt in some public entities than they were in companies.

In medium and large companies, computing platforms are homogeneous, the way the software is made, the updates… all these things are minimally structured. Not being a general case, but when we look at public entities some small things are still very difficult to achieve, such as having people working from home with the entities’ computer and using the right software. In fact, many times people used different software and different versions of the same software. It was then noticeable that the Government has a reduced capacity to consider the IT component as a critical asset of its process.

20 years ago, when we started at Link, I remember holding a conference at that time where the Government should do the ABC in IT. The A was the management knowing how to talk to the administration. The B was the management being useful and simple for the business. The C was for the citizens. I consider that, after 20 years, some aspects have not changed much in these three subjects. My perception is that the Government still does not have an integrated view of its information systems and still has issues like different authentication methods in Government entities. Each entity uses his own. Some organizations within the Government share a vision of competition with each other even in these IT matters. And there is an issue that I think has not improved, or did improve very little, which was the seamlessness of connecting the Government with the Government.

In terms of Government as a business, what I feel is that this is not exactly information systems, but it also gets there. The subject “simplex” – which was also promised several times – the majority of the times did not happen, because if we look at any council licensing process, it still requires 20 documents, 30 fees, back and forth, and nobody really knows why.

I believe that with the resources currently available from the IT point of view, both in structuring processes and in the ability to interact with the users’ systems – via smartphones, chatbots, and all of that – which was the third aspect, the ability we would have to have indicators could be a way of measuring, both the government and private-sector stakeholders demanding that the government is also showing this.

It’s been almost a year since people started working from home. A lot has changed in this year. At the end of 2020, everyone hoped that this new year would be the year of recovery. The first quarter is ending and we are back to lockdown. At this moment, what is your perspective for the rest of the year?

To some extent, I think the core IT companies have not really felt the effects of the pandemic. To me personally – as someone who has seen a lot – it was a surprise.

One point that I think has been significantly improved, at least for us, is that we were making rather bland investments; we have a hub in Leiria, another one in Viseu, and another one in Porto. What we felt, both from our customers and our teams, was that they did not accept very well that someone was working 300 km or 200 km away. Currently this is natural, there is no difference from being working in Porto or Almada, and this was an improvement.

I believe the point of focusing on universities and polytechnics also gives this ability. I believe this can bring some hope over the old discussion on how are we going to develop the inner country… it’s an old recipe. It will be developed by placing there universities and the ability to settle people there for good reasons. This is beneficial from the perspective of ICT, but also for developing the country. The fact that in our country we are more conscious and open to work in networks at the organizations level.

The main question which is still a doubt, from Link’s point of view, is whether or not the crisis will affect large customers in the ICT markets; for the time being, this has not been noticeable. I also feel it would be a little odd that the board of directors of a large company would think the first place to cut costs would eventually be in IT; everyone ought to feel that this is among the areas where greater investments should be made.

You mentioned the question of the inner country and the recruitment. Sometimes it can be a “double-edged sword”. Everyone is working remotely and we have companies from abroad that come and take our resources without them even needing to relocate to another country. The remote is normal. Do you feel that in any way, and does this trend towards remote working strengthens or weakens our competitive position as a country?

Two of the things that we’ve witnessed here, and that have remained, is that when we manage to gain the trust of international customers – and at this moment we are keeping customers in Switzerland, the United Arab Emirates, in Saudi Arabia, in Ghana, in Jerusalem and so on. -, they increasingly accept naturally that evolutionary maintenance teams and even network and infrastructure control teams are displaced because it can work that way. On one hand, there is an opportunity here. We can say, and as it was proved during the pandemic, that this can be handled from Portugal, with more interesting prices and with very good professionals. At least in the more advanced geographies of Europe it is recognized that we have other capability to fit certain things in.

The other point you mentioned and of which we do not feel the impact – but which is very obvious – is that employees can lose a lot of the culture or the emotional connection to the company, because they are not there on a daily basis. Maybe if they get paid a little more, they would prefer to go to another situation. It is a risk that can happen. I feel that the problem between the risk and the threat is always there when we have situations like this, and the Portuguese companies should take a more aggressive attitude of going in search of markets.

We don’t know exactly when, but this will be over some day. We are going to inherit a problem, but companies have to look ahead. What should organizations be doing?

If the recovery is taking place, business processes will have to accelerate, they will have to perform differently. If they seize the opportunity to do this and think meaningfully, there is a huge chance for improvement, especially in small and medium-sized enterprises and even in large ones. In large companies, we have recently seen many initiatives to automate small portions of processes, such as software robots, with scanning mechanisms, with Business Process Management, but when we look at the end-to-end process, sometimes what we realize is that some areas were improved but not the whole process.

If companies considered this asset as a core asset, if it was optimized and placed on well-functioning computer media, this could mean improving the structure of the processes and applying process automation using robots for useless tasks – where people’s work is only pressing keys – which could be automatically performed, having intelligent scanning mechanisms which avoid copying useless information. If companies made this investment, when the processes accelerate, besides not needing as many people to staff these processes, they will eventually even run better, with fewer errors, with fewer quality issues for customers and so forth, because they are in a more manageable environment.

There is a major change in processes, but international companies have large development teams, their own systems, advanced data processing, and the Portuguese companies do not.

One thing is, eventually, companies not having the ability to have the same mechanisms and the same structures of go to market, the channels that those big companies have; another is to stay outside, not even being able to go there because they can’t anchor on those platforms, because performances below the benchmark level that they have are not acceptable.

Do you feel, when contacting clients, the active benchmarking with the best of what is done abroad, or are we still at the good enough stage?

It depends on the companies. Most of Link’s clients are in the financial, utilities and telcos areas. They make the international benchmarks and have a vision of what is being done abroad; we can be on the same level or not. Then there are the investment issues. When we go down it is really much more difficult because many of the companies are not there yet, although they are beginning to have these challenges.

What should companies focus on?

I think the positive point on the business side is to say that, despite everything, companies have adapted and are generally better than the outlook they had in March. I find it very positive because it creates a logic that I think is very much the opposite of the Portuguese way of thinking, which is immediately thinking only about the government. It was moved forward, it has been done, and it has continued. That is really positive.

This can be an opportunity for most companies to really think that the world has changed. Maybe we have progressed seven years in the IT area. How are we going to leverage that to be in the winner’s league, rather than being in a league of people who have a legacy that needs to adapt to a number of things which are in the past year.

I think they should focus on some of the key aspects of the companies, which are their business processes, structuring the way they do business, and their IT interconnection capability – this much talked about issue of companies which are locked into their IT system, which don’t have the capability to anchor it, and to connect it to all these players that are coming out there.

It's Fun to Work at Link, News, Our Team

Are you ready for a new mindset ?

Link and Banco Alimentar: A strategic technological partnership within the scope of social responsibility

CEO of Link, addresses the national economy recovering theme, and what role will technology play in this mission

Your fastway to cloud is here